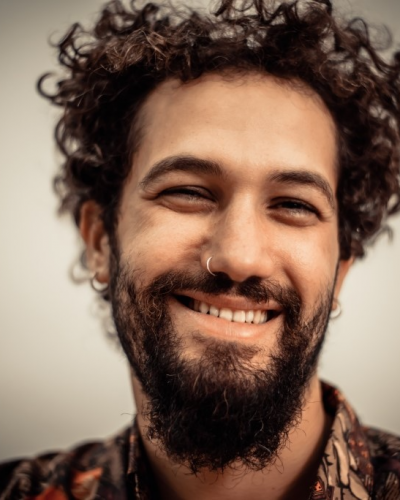 Manos Papadakis was born and raised in Heraklion of Crete. He studied Business Administration at the University of Macedonia and Film and Television Direction at the Lykourgos Stavrakos School in Athens where he still lives and works. He started as a producer of short films (Sunday, Possibly Strangers, -1) and then turned towards scriptwriting (-1, Hem). His first directorial work (“The meaning of August”, 26΄) awaits its international premiere while he won an honorary distinction of sound (43rd Drama Festival) and best male performance (43rd Drama International Short Film Festival, Athens International Film Festival 2020).

He tries to release as many of the stories living in his head in order to prevent it from exploding. So far, he has been fairly successful. He has always been interested in the problematic of violence and the various forms it can assume. Three years after the birth of his son, he is more and more interested in the meaning we ascribe to the term ‘family’. His stories are leaning increasingly more in that direction.