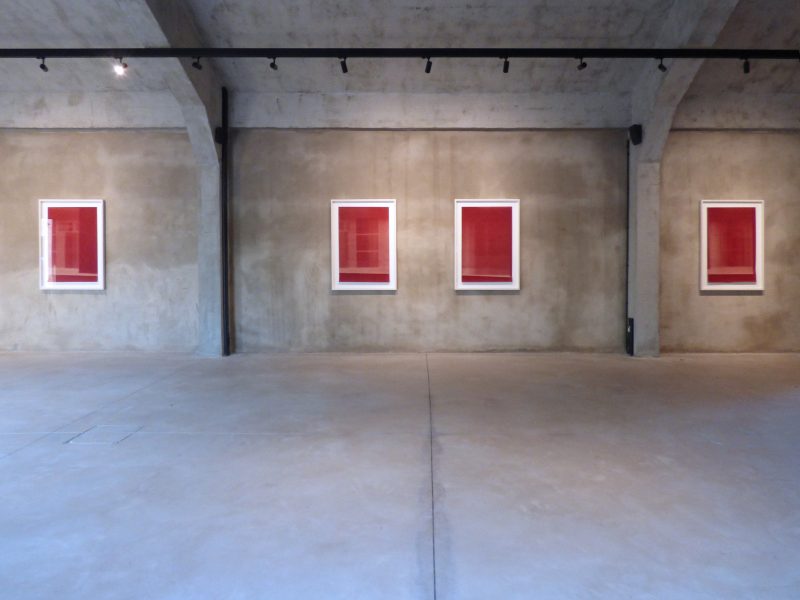 Michailidou has been persistently collecting the pieces of paper from the Riviera outdoor movie theater for the past years. At the beginning of each season, the outdoor movie theaters cover their windows with red velvet paper where the film posters for the upcoming summer screenings are announced. At the end of summer, the color fades due to its exposure to the sunlight, leaving traces of the posters. The darker parts are imprinted in a way that evokes analog film and its sensitivity to the spectrum of light, turning an ephemeral object into a carrier of subtle narratives, stories that are not revealed.

Through the series “The Summer Sun on Paper”, she explores the transformation of materiality and the traces left behind by time. As John Sallis (2014) argues, “Traces are necessarily light. They are, like light itself, free of the weight of things materially present”.

The artist presents the changes caused by light, bringing out the layers of visual information accumulated over time, as well as the multiple transformations that the paper has undergone. She seeks to highlight the shifting layers of meaning, transposing and recontextualizing her material from the movie theater to the exhibition space. The work is brought to life through the act of introduction, not only into space, but also in a personal universe where along with the object, what is also important, is the physical and mnemonic encounter with it.

The information continues to elude, while the deeper emotional connections it carries are revealed. The geometric forms that emerge from the summer sunlight refer to abstraction and minimalism. They echo back questions about presence versus absence, the relation between action and reaction forces, and human intervention in wear mechanisms. The works create a dialogue between light and shadow and combine vulnerability with observation and anticipation.

Maria Michailidou (Athens, 1981) is a visual artist. She works with photography, video, found objects, and extracts from movies and songs, which she uses to create video installations, series of images, recitations, performative actions and spatial compositions. Her work has been presented at the 5th Thessaloniki Biennale of Contemporary Art, Victoria Square Project, Green Park café in Athens and the Athens Conservatory, among others. She is a member of a Denmark-based art group mainly developing site-specific installations in large spaces, for example, the Kunsthal-ved siden af art space and the Museum of Ancient Art in Aarhus. She has been awarded the Stavros Niarchos Foundation Artist Fellowship by ARTWORKS (2021).

Dexamenes°° is a postwar winery turned into a hotel that focuses on hospitality as an experience through art, wine, nature and local culture. It is located in the Western Peloponnese, Greece. Envisioned by Nikos Karaflos and designed by k-studio, Dexamenes°° has already been multiply awarded for its architecture and its unique history and through its curated programming it works as an open platform of hospitality, cultural activity and conscious wellbeing. 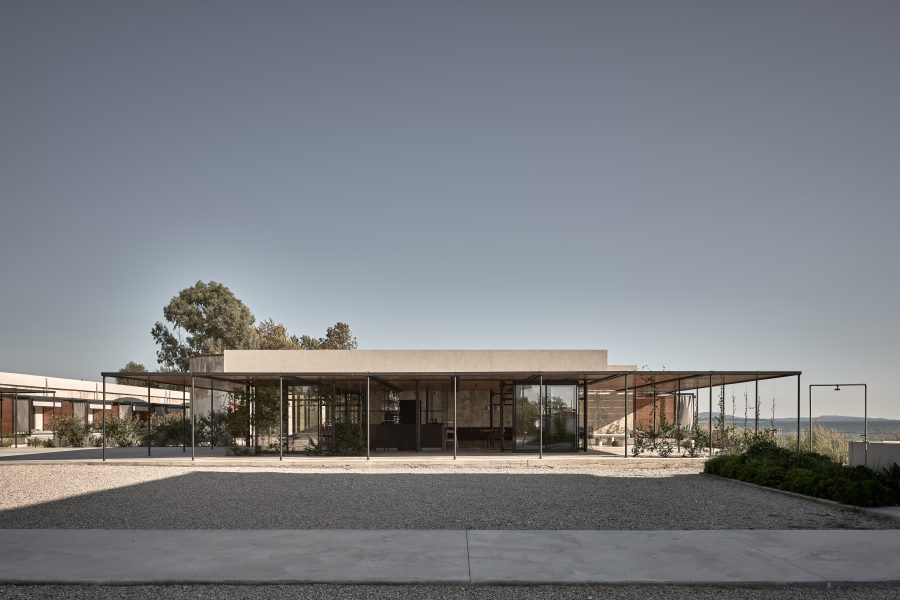 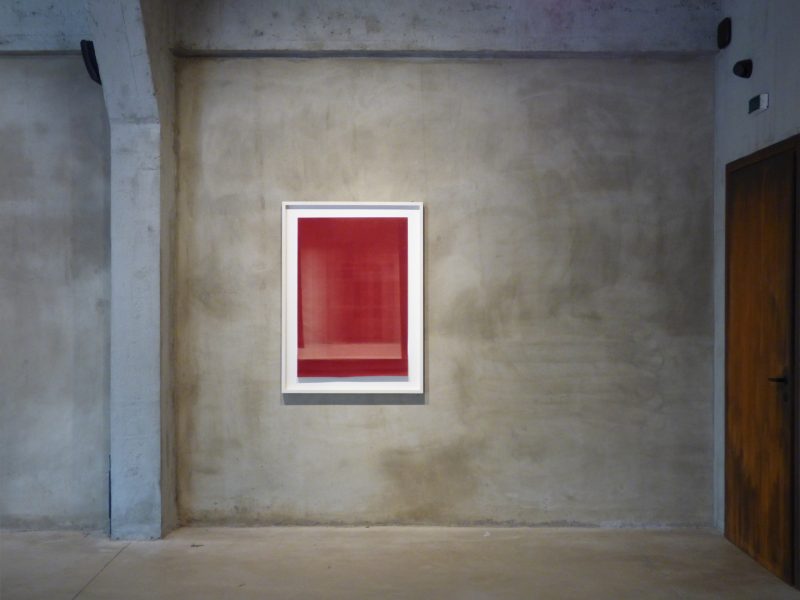 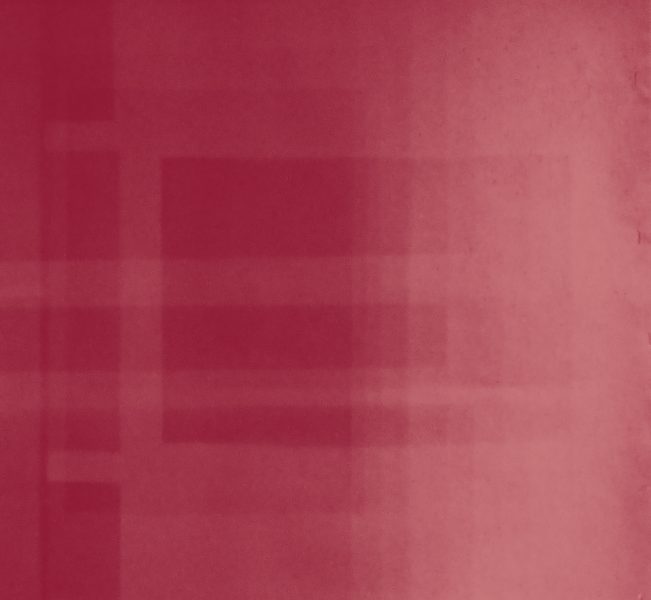 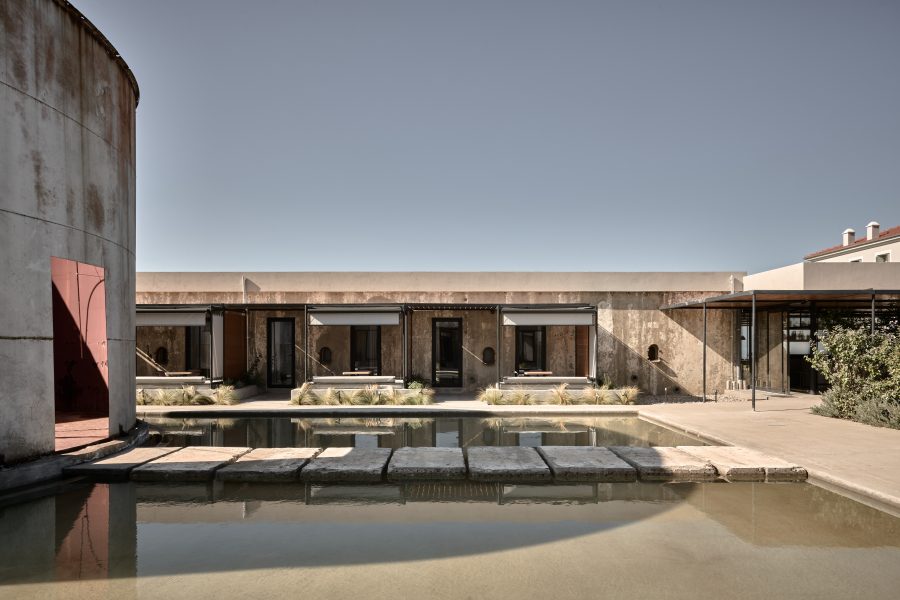 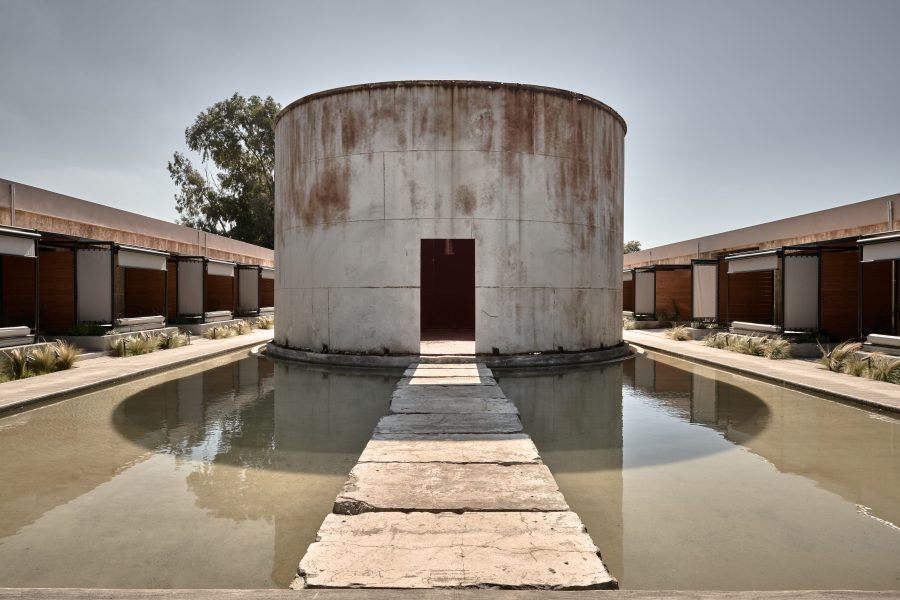