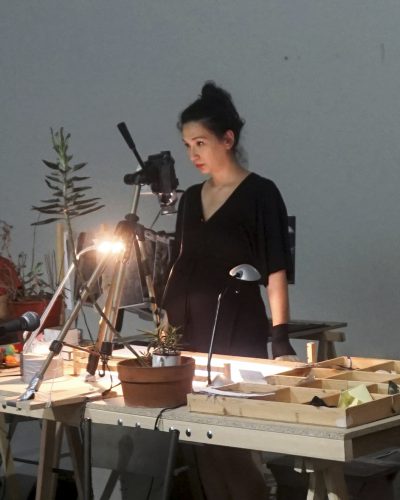 Aggeliki Bozou was born in Athens in 1982. She graduated from the Master of Fine Arts (2016) and Athens School of Fine Arts (2011). She has also done studies in graphic design and theatre. In 2011 she won the first prize of the Jannis and Zoe Spyropoulos Foundation and in 2019 was awarded by ARTWORKS and is a fellow of the SNF Artist Fellowship Program. With improvisation as a departure point she creates vivid visual actions and videos in the presence of spectators as well as rapid images capturing the moment. Experimenting with the idea of randomness, she tries to configure mental images and constructs paper mechanisms that can produce rudimentary movements. She is a founding member of the experimental music band «The Crabs of Horror» which presents improvised actions, probing how affecting slightly a given structure could be the key element for the creation of a whole project. Her work has been shown in Greece and abroad: Family Business Gallery (New York), Netting the Work Berlin (Germany), Cairo Video Festival (Egypt), Dirty Linen-Family Business Handmade Benaki Museum, Vorres Museum, Onassis Cultural Centre, Athens Biennale etc. 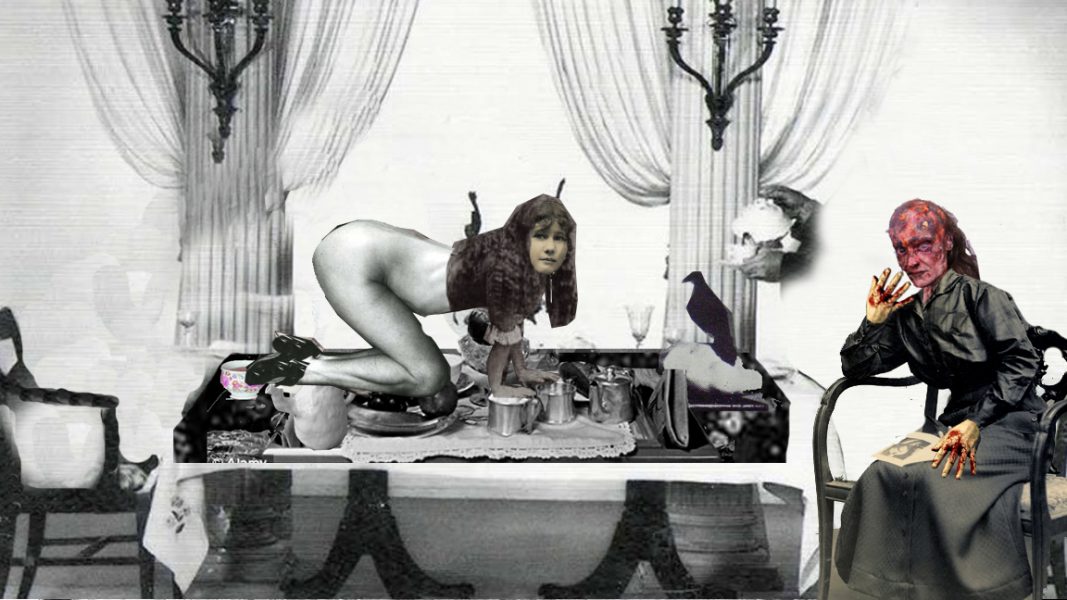 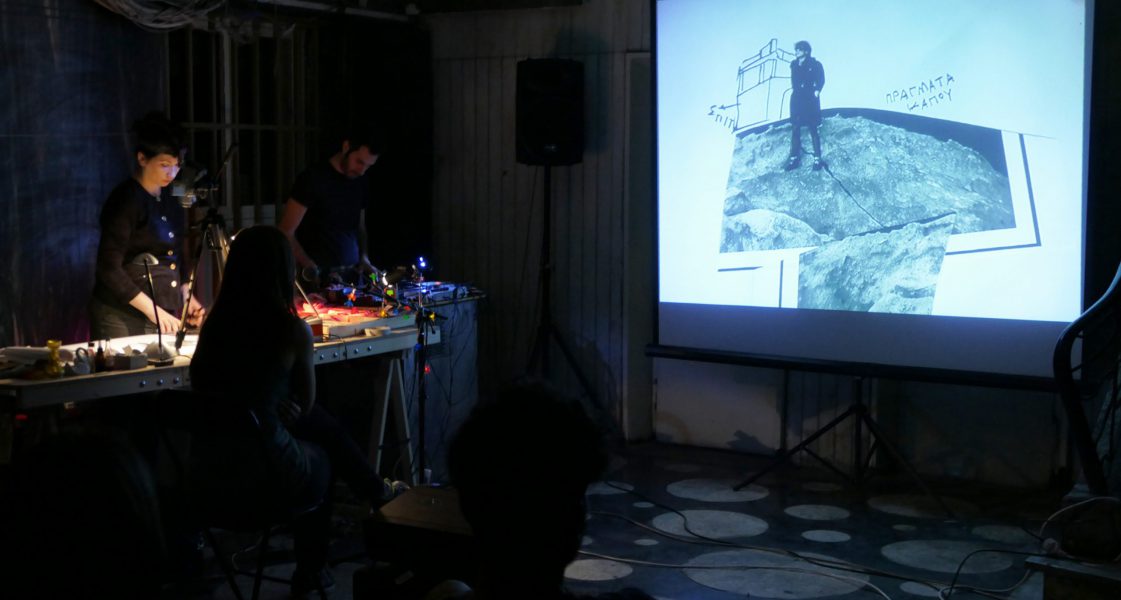 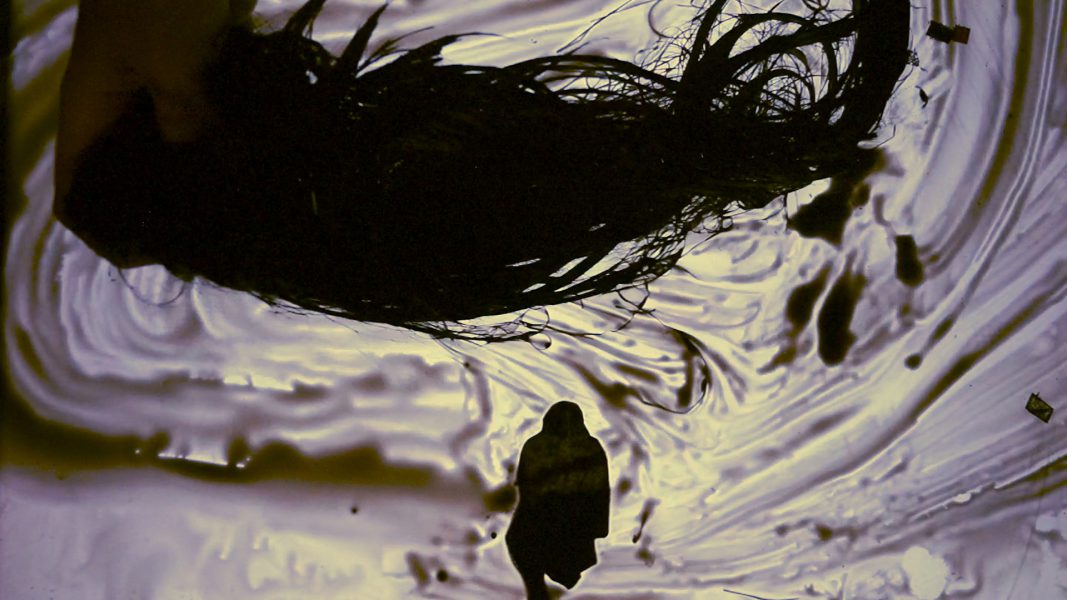 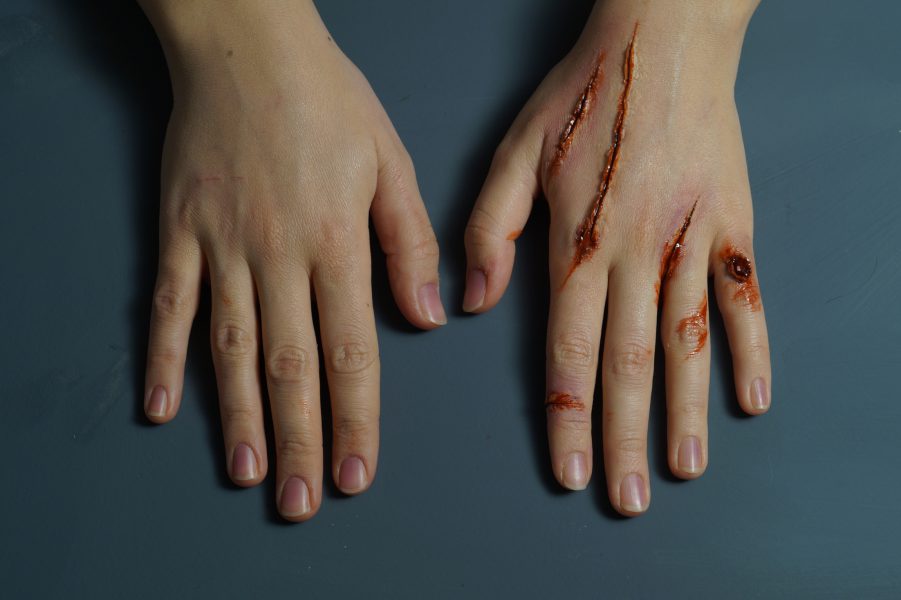 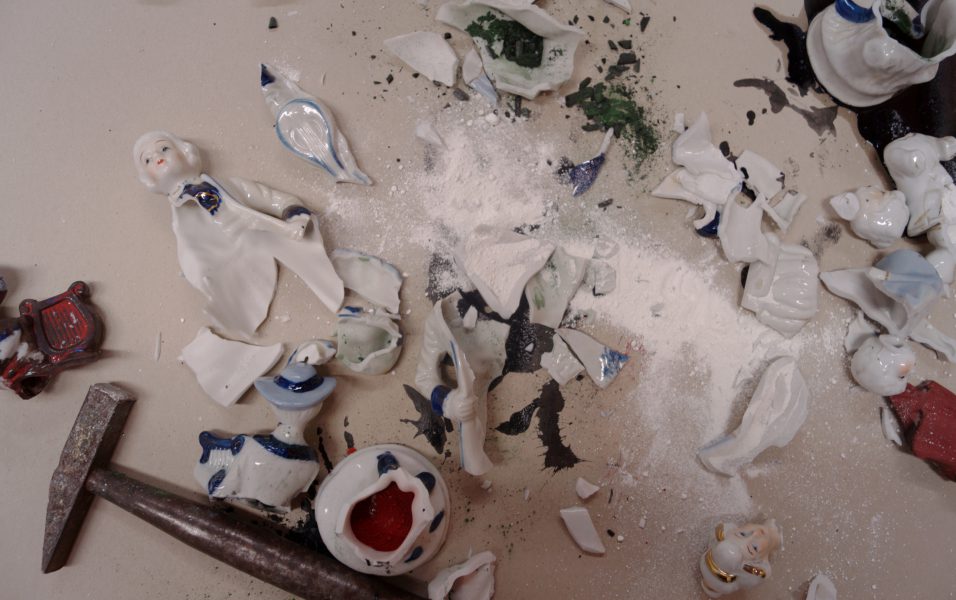