“The swimmer” exhibition, part of the series “THF Raw” 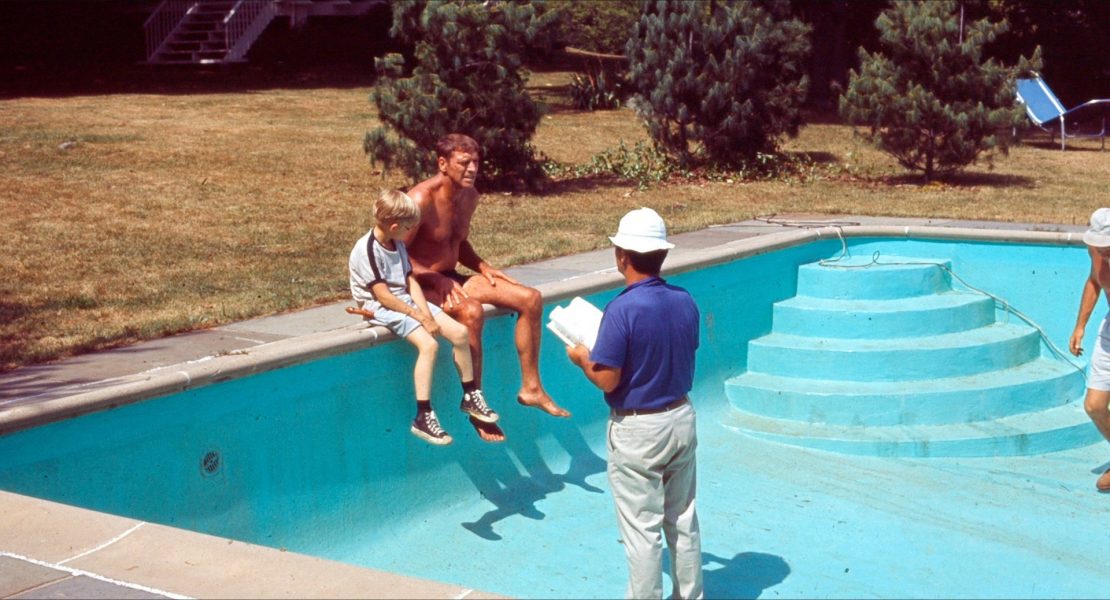 The exhibition series “THF Raw” acts like an open invitation to local curators who need a space to experiment, to take chances and to work with artists of their choice. By addressing the alternative non exhibition spaces of the museum, they both give a chance to unseen and unused spaces of the peripheries of the Foundation, while curating work that could be seen with a new set of eyes in these raw but established groundings that exist in the heart of the Athenian city.

The opening of the exhibition “The Swimmer” at the B. & M. Theocharakis Foundation will take place on November 24, 2021, at the balcony of the building from 18:00 to 20:45, and will be followed by a free screening of Frank Perry’s film The Swimmer (1968) at the Foundation’s auditorium at 21:00. Α variation on Natasa Efstathiadi’s solo show of the same title, which was presented at CAN Christina Androulidaki Gallery in Athens in 2014, the exhibition borrows its title from Perry’s film and from John Cheever’s 1964 New Yorker short story on which the film is based.

The Swimmer tells the story of a suburban middle-aged stud (played by Burt Lancaster in the film) who one afternoon, while paying a visit at some friends’ garden, decides to swim home across the county, pool by pool. As his friends are lounging, dog-day lethargic, drinking gin, he pictures “the quasi-subterranean stream that curves across the county,” the string of swimming pools that separate him from his home, and without hesitation he sets out to swim across it. His journey across the “Lucinda River” (he dubs the route after his wife) feels liberating and life-affirming in the beginning, but soon is given over to a haunted feeling. Ηis aquatic journey is quickly revealed to be the catalyst of his imminent disintegration.

Exposed to the elements, laid on the floor on the balcony of the B. & M. Theocharakis Foundation, ten compact pools made of plaster model the succession of swimming pools that appear in the film. Nine of the pools shown here were included in the original The Swimmer 2014 exhibition. The tenth pool, placed to the side of the balcony overlooking the Greek Parliament, is Efstathiadi’s most recent addition to the work, fully rendering the “Lucinda River” into its sculptural echo. The work now seems to address that same confronting question that laces the film’s poster: “When you talk about The Swimmer will you talk about yourself?”