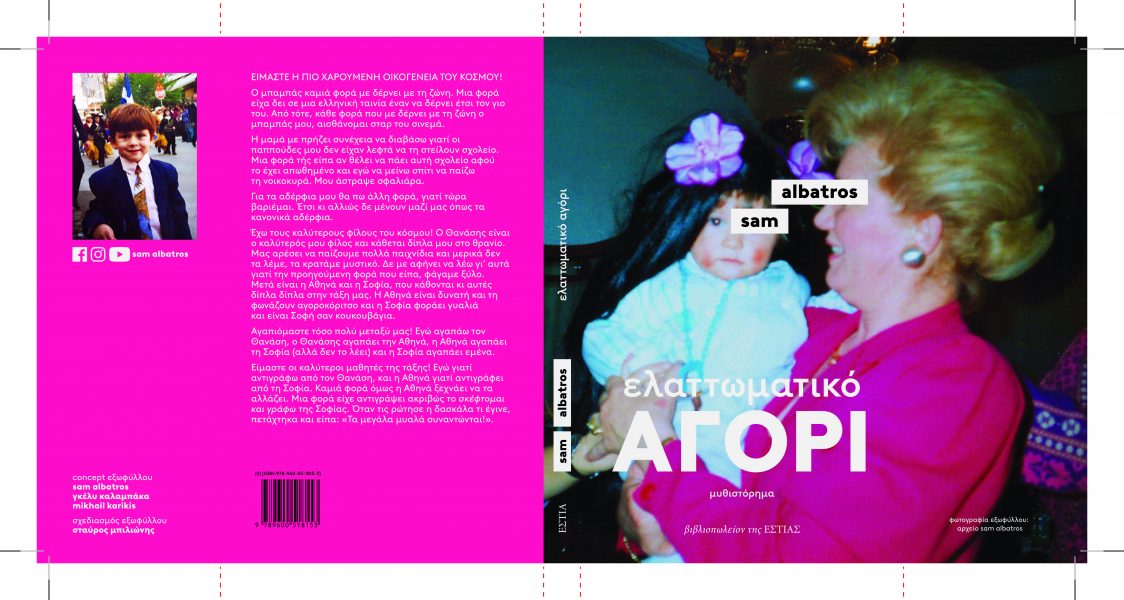 *
WE ARE THE HAPPIEST FAMILY IN THE WHOLE WIDE WORLD!

Mom won’t stop telling me to study, since her parents were so poor she couldn’t afford to go to school. If she wants to go to school that bad, she can go to mine and I’ll stay at home and be the housewise: I told her that once and she slapped me.

I’ll talk about my siblings another time, I’m bored now. They don’t live with us anyway, like normal siblings do.

I have the best friends in the whole wide world! Thanasis is my best friend and he sits next to me at school. We like to play many games but we don’t talk about some of them, we keep them secret. He doesn’t let me talk about them because last time I did, we got beaten up. Then it’s Athena and Sophia, who are also sitting next to each other in the class. Athena is strong and they call her a tomboy and Sophia wears glasses and she’s wise like an owl.

We love each other so much! I love Thanasis, Thanasis loves Athena, Athena loves Sophia (but won’t admit it) and Sophia loves me.

We’re the best students in the class! That’s cause I crib from Thanasis, and Athena cribs from Sophia. Sometimes though Athena forgets to mix it up a little. Once she had copied word by word Sophia’s writing exercise. When the teacher asked what happened, I butted in and said: “Great minds think alike!”.