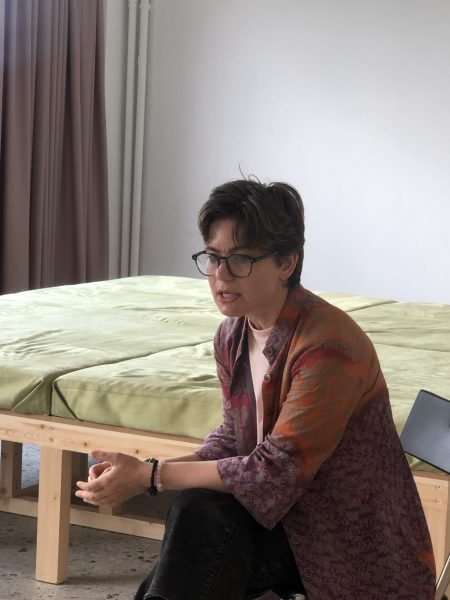 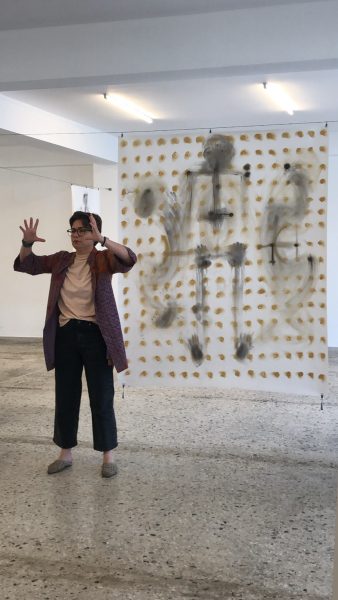 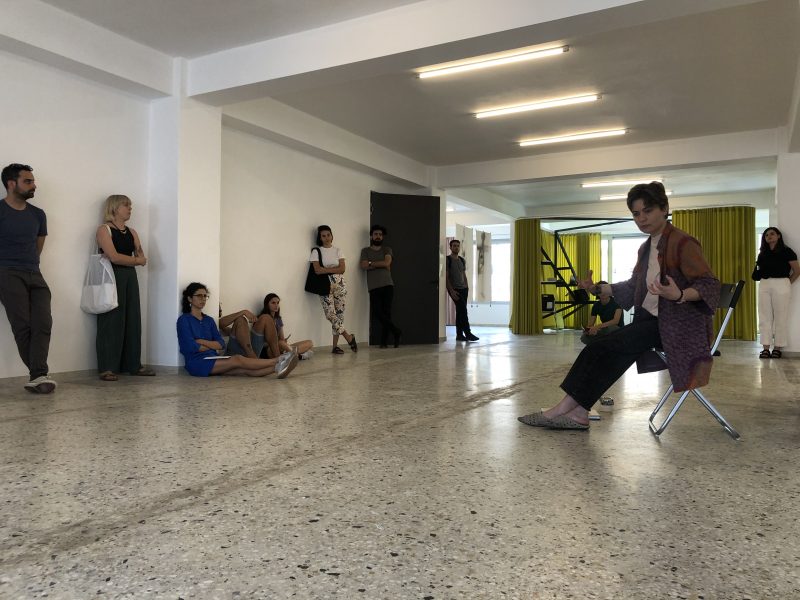 Q&A with Fellows at TAVROS Space. 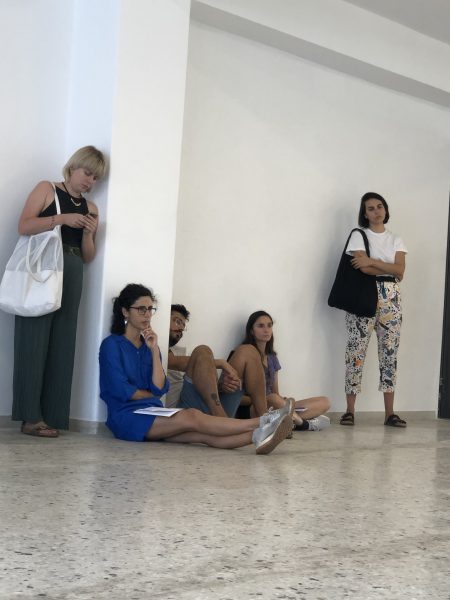 Georgia talked about her ongoing research practice ‘IASI’, which started almost ten years ago in the form of self-training , now taking on a new form of one-on-one sessions with participants that have responded to an open call. These sessions are based on physical techniques that use breath as an active agent, movement and voice training.

The sessions, two or three times a week over a period of two months, are private. They take place on a specially designed soft stage, an art object but also a welcoming place, a shell of sorts. This “stage of recovery” is based on Georgia Sagri’s premise that, “we all live our lives on stage, endlessly performing. The “stage of recovery” is a place where the participants can, for a while, be freed from the necessity of performing to others and for themselves. It gives them the time to be safe and free from an audience.” Whatever shifts, releases or movements occur in these private interchanges remains undisclosed. Unrepresented; still, they are.

This new chapter of her research will develop in overlapping phases in three art institutions and three cities – Mimosa House (London), TAVROS (Athens), De Appel (Amsterdam) and at her studio ‘Υλη[matter]HYLE – knowledge accrued from one location will be carried to the next, enriching the process. Sagri’s presence in these concurrent spaces will mirror the constant disembodiment in the multiplicity of images (our split screen personalities) with which we diffuse and ‘read’ ourselves. Georgia Sagri, adept at loops, here includes this circularity as part of the very form of her research. Instead of performing in large concentric circles, connectivity in all three locations will be personal.