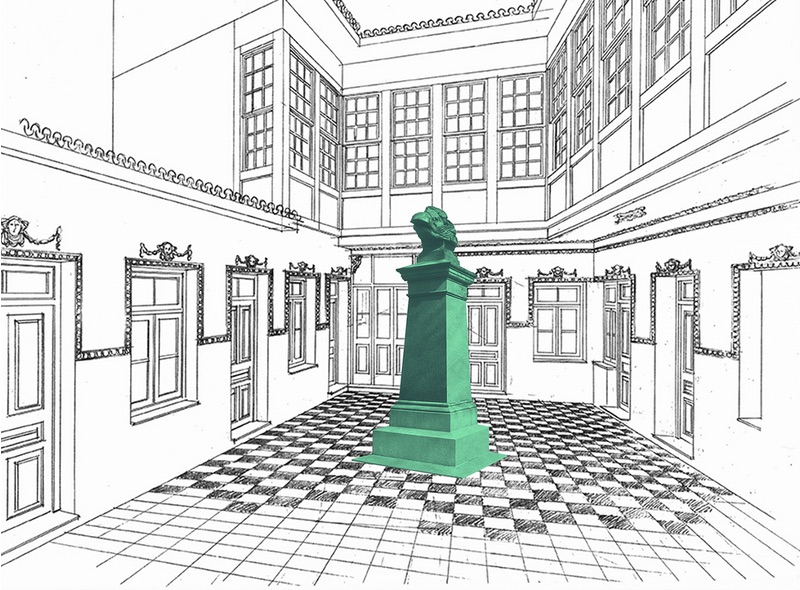 For the programme of #OccupyAtopos and with reference to the 200th anniversary of the Greek revolution, the artistic director of ATOPOS cvc, Vassilis Zidianakis, invites artist, historian, and researcher Alexis Fidetzis to curate the hybrid, ongoing project #RevoltingBodies. The project aims to integrate the Greek Revolution into a broader dialogue about the revolutionary phenomenon that to an extent defined modernity, immersing into the stories of the bodies upon which both the revolutionary action and the mythologies around it are imposed.

Fidetzis transforms the neoclassical building at Salaminos 72 street into the Revolutionary Headquarters of Language and Image. The exhibited artworks are semiotic references to revolutionary moments and narratives. These artworks do not constitute an aesthetic representation of the history of the notion of revolution, instead they present more of an outline of the methods through which contemporary societies metabolize the revolutionary imaginary. A series of pencil sketches coexist with large-scale prints, creating wall installations. These artworks refer to gendered and racial identities of the revolutionary bodies while at the same time they highlight the questionable lust for glorification in post-revolutionary societies. The statue of a beheaded Jacobin on a pedestal will dominate the inner courtyard of the ‘Revolutionary Headquarters’ and will be a constant reference to the violence imposed by and on the revolutionary bodies. While the library of Atopos has been occupied by a video installation, which bombards the viewer with institutional and non-institutional representations of revolutionary actions.

The whole motley iconography will be homogenized aesthetically, through a specific color filter, a particular green shade that makes its appearance in subcutaneous aspects of the history of the revolutions, from the reference to Robespierre as a spirit as pure as the green of the sea to the turquoise green ”Faberge” eggs of the Romanov estate that Stalin secretly sold to Western tycoons.

Free entrance, registration is required as there is a limited number of visitors allowed (up to 5 visitors per hour)