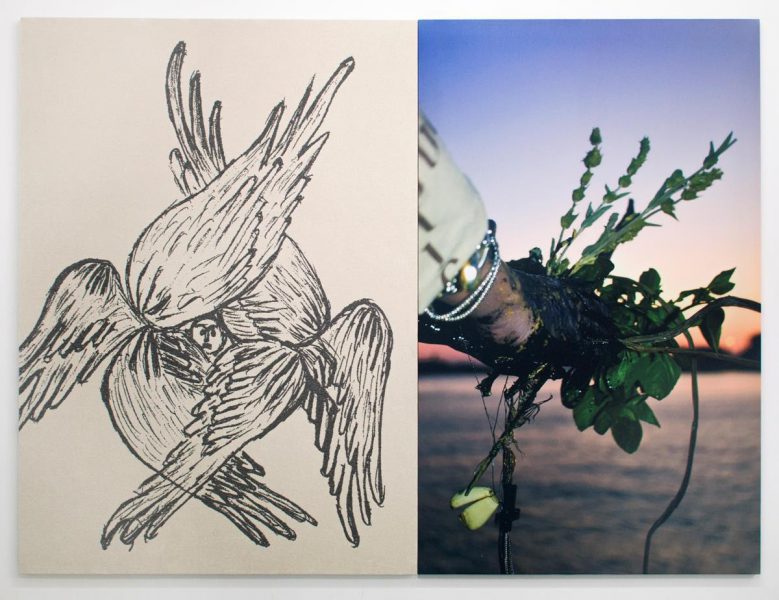 Following All Souls Day, an exhibition that first opened in Piraeus in January, the second part takes a different shift by inviting a group of Athens-based artists to respond to this call through their practices that deal with the commemoration and elevation of the life of others, the unknown-to-us heroes of the everyday. Differently to the previous edition, most of the works in All Souls Day II are produced for this exhibition in close dialogue with the artists.

The exhibition takes as a starting point Arbeit (2011) by Duncan Campbell, an abstracted biopic of the Euro zone through the life of one of its biggest defenders, the German economist and technocrat Hans Tietmeyer, who served as the president of the Deutsche Bundesbank from 1993 to 1999 and took a leading position during the negotiations and makings of the European Monetary Union following the reunification of Germany. Campbell portrays the figure of Tietmeyer by creating a long, in-depth monologue triggering the figure of the economist and analysing the psychology of a man brought up in the Catholic environment of Westphalia in the 30s. The piece becomes central and sets the tone towards a scepticism on systems that have become integral to people’s living, for example the European Monetary Union, banking policies, unifications and divisions, and reminds us that existence becomes subject to social and political structures set by others.

The moral crossroads that Menelaos Karamaghiolis’ new moving image works generate expand the video space and introduce a new kind of realism the filmmaker has been constructing throughout the past decade, by mapping what is not central in the geography of the heroic.

Where the Stream Divides (2019) is a new constellation of sculptures by Malvina Panayiotidi. The artist is preoccupied with the way social structures have dealt with the occult, mysticism and paranormal phenomena historically. The current work explores the life and diaries of Eleni Boukoura-Altamoura (1821-1900), her tragic life and end. Being one of the most important artists in post independence Greece, very few works of hers remain. Panayiotidi, through a very personal research in which she has formed intimate connections to the artist’s past and remaining material, has composed a central sculptural piece of wax and iron that changes throughout the course of the show.

The expanded archive of the long-gone and forgotten material, as well as imagery generated by people is what haunts the world of Eftihis Patsourakis. Still is a new series of paintings that the artist has been eloquently making, shedding light on long-forgotten memories of people in Greece from photographs he has collected from the new home they have found: flea markets and street sellers that collect and offer to the next generations for new readings.

SERAPIS MARITIME is an entity that draws inspiration and makes work based on stories, facts and rituals shared by people that compose the workforce behind the various businesses as