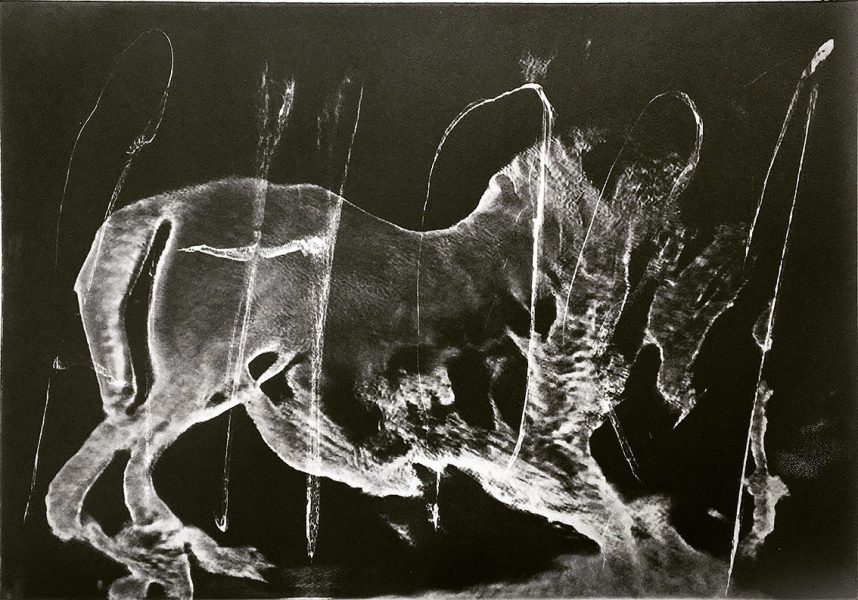 As I told you, they were made with a technique called solar etching, in which a light-sensitive metal plate is exposed to ultraviolet radiation and washed out with cool water instead of acid chemicals. The rest is carried out with a traditional printmaking process; oil-based inks on cotton paper that runs through the intaglio press.

The subjects come from photo archives I have been assembling in Attica: urban environments, vegetal and geological formations, inscriptions on architectural structures, public sculptures, and archeological artifacts in Kerameikos. I fed this visual material into generative algorithms that run on artificial neural networks. Loosely translated, this is a process of “breeding” images that follows a predictive system inspired by biological processes and game theory …

Generated by Clouds ☁️ Etched by the Sun ☀️

opening on Wednesday 22 September from 5 to 9 pm