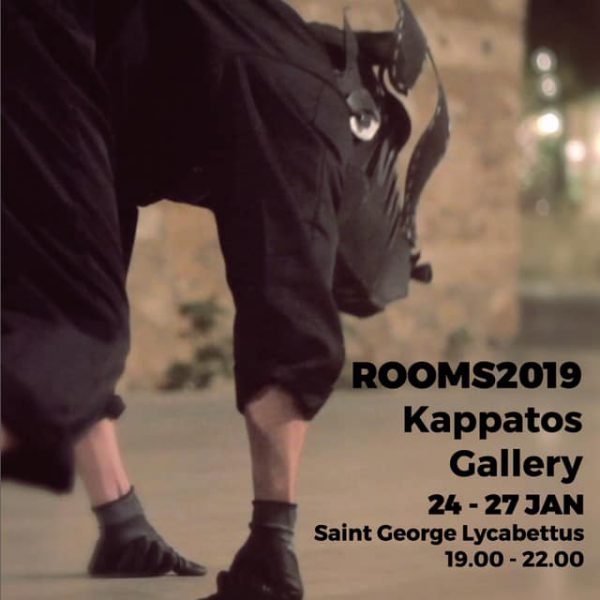 Kappatos Gallery in collaboration with the non-profit organization Pantheon present the exhibition titled Performance Rooms 2019. Now entering its third decade ROOMS is an event which was first organised in 1999. This year, nineteen curators present performers from the visual arts as well as other artistic fields such as theatre, dance, music and multimedia in the rooms of a hotel.

The exhibition aims to systematically present and record contemporary trends and propositions in the artistic field of performance, both in theory and practice. It also aspires to create an essential and fruitful dialogue between the participants, in continuation of previous Rooms events, which have contributed in promoting a large number of artists and curators.

The exhibition is of a non-profit mentality and will take place at the rooms of the St. George Lycabettus Hotel .