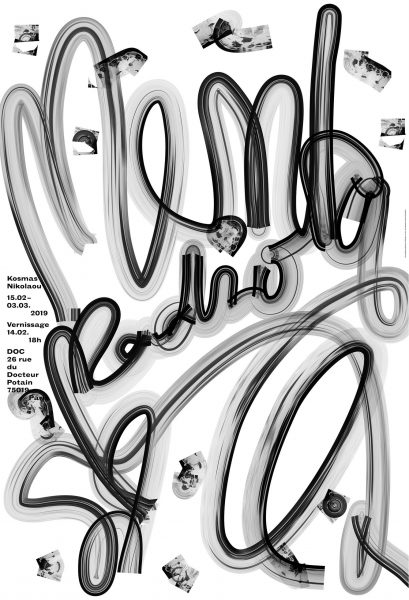 Kosmas Nikolaou contemplates on the absurd history of parapsychology that started at the end of the 19th century in Europe. In doing so, he has to tackle the history of various institutes, associations and clubs, where researchers sharing an interest for paranormal and psychic phenomena (telepathy, clairvoyance, psychokinesis…) tried, for the first time, to explain them using formal scientific approaches. Neither spiritualists nor psychotherapists, these scientists tried to prove the existence of invisible phenomena while distancing themselves from religion, magic, and other such beliefs and interpretations.

Reframing the same pseudo-scientific processes in an artistic context, he seeks to traverse contemporary limits between experimental methods and social norms. The exhibition explores the inability of the movement to realise its avant-garde potential, and exposes its failure to reconcile the primitive and intangible concepts it addresses with its practical aspirations to social and institutional recognition and, in fact, its inclination towards status quo.