“EPISTEMOLOGIES OF THE SUN ” curated by Marina Fokidis 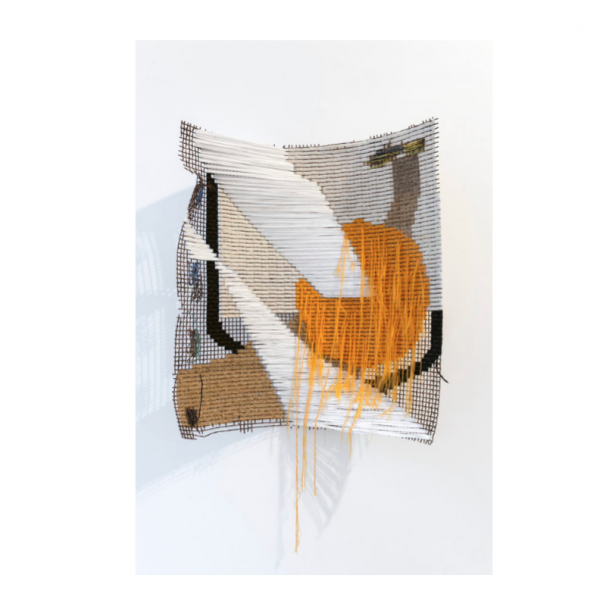 Rebecca Camhi gallery is pleased to announce a new group exhibition reflecting on the notions of the sun as a driving force and, at the same time, an existential homeland, curated by Marina Fokidis.

The exhibition includes Zoë Paul’s weavings on obsolete fridge grills, Iasonas Kampanis’ painted portraits of animals taken from ancient Greek mosaics and friezes, Yugoexport’s collection of zoomorphic ceramic sculptures and vases, Panos Profitis’ facemask-sculptures, inspired by the iconography of ancient Greek amphorae, and Eleni Kotsoni’s ongoing collage-installations, made from material fragments of the past and the present, to create a continuous narrative.

This paradoxical title emphasizes how crucial light is in the conception and creation of these artworks. It examines the sun’s ability to transcend geographical boundaries, and to heal the human condition and our environment. The artists of the exhibition were born and raised in countries of the so-called broader south, where the sun is untamed and powerful. These include Athens, Belgrade, Kythera, Livadia, South Africa, and Rhodes.

Their works carry the influence of a shared understanding of South-eastern cultures: their myths, traditions, political idiosyncrasies, economic realities, and craftsmanship. The metaphorical and literal “shapes” and “colours” in these works encourage the viewer to look beyond the hegemonically imposed “white” purity of the Renaissance and Classicism, as well as Enlightenment’s rationalism and in general, the prevalence of western thought in society today.

The branch of philosophy called epistemology is defined by the relationship between the researcher and reality, the artists and their surroundings. This is what constitutes their version of the Epistemologies of the Sun.

You are invited to expand on these epistemologies through multiple perspectives and orientations during many occasions this summer such as the summer solstice, when the sun will be at its zenith.