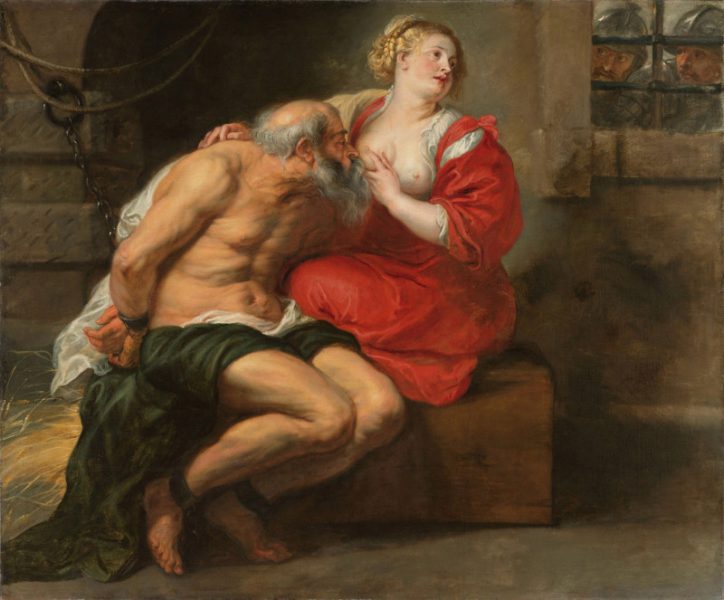 This year, the festival selects the International Competition films guided by caritas romana / roman charity, a classical yet lesser-known art theme that inspired numerous artists through time. It is the story of a woman, Pero, who secretly breastfeeds her aging father Cimon, who is sentenced to die by starvation, and thus restores his strength. With this noble deed, Pero goes beyond herself, her body and her social role as mother and daughter. This special transition and role variability is common ground in the films of the International Competition section, in different ways.

Based on the “caritas romana” concept, TIFF invited 15 young Greek artists to watch the films of the IC section, become inspired and create 15 original works for each one of them. These works will be presented for the first time in the exhibition organised by TIFF in collaboration with the Contemporary Art Centre of Thessaloniki, with the support of NEON Organisation. The participating artists are: Dimitris Ameladiotis, Dimitris Efeoglou, Zoe Giabouldaki, Elias Kafouros, Anastasia Mina, Malvina Panagiotidi, Nefeli Papadimouli, Valia Papastamou, Kostas Pappas, Alexandra Petranaki, Hara Piperidou, Lysimachos Polychronidis, Nana Sachini, Babis Venetopoulos, Ioanna Ximeri.