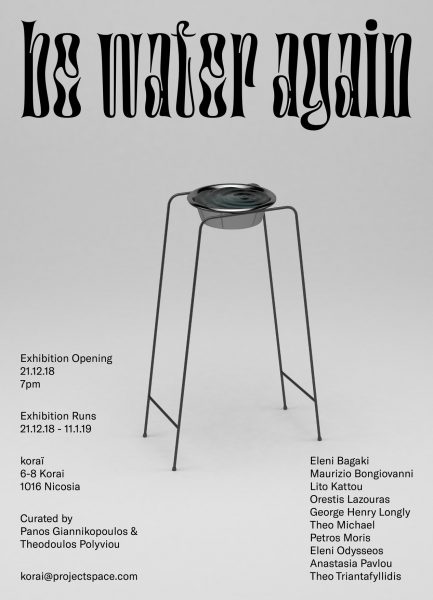 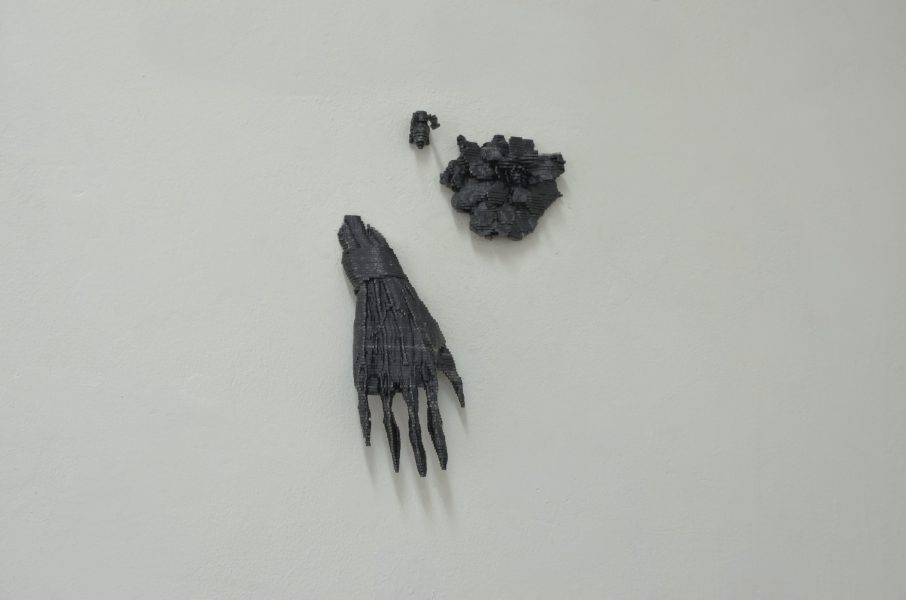 Water is between bodies, but of bodies, before us and beyond us, yet also very presently this body, too. Deictics falter. Our comfortable categories of thought begin to erode.
Neimanis, 2012

Streams, lakes, oceans and bodies, waves of thought and fluid movements.Humanity evolution histories out of the sea and our microscopic ancestors. The water percentage in our body. We are water indeed; yet we have to become water again and again. But who are we? This exhibition tries to reflect on what is meant with this first-person plural pronoun. It is interested in a ‘WE’, beyond human, which is living relationally with others, that is constantly becoming.

Moving like water, it brings together artists exploring the dislocation and diminishment of the natural/culture divisions linked to patriarchal histories, observing forms of community between human & non-human agents. By looking at trans-species, cyborgs as forms of multi-becoming that blur categorical distinctions of human/machine or nature/culture, male/female born/man-made, this group show acts as an invitation to think of new kinds of bodies, or non-bodies as mediators of feelings, sensibility and intuition.

It looks back at Dona Haraway’s cyborg myths, inviting us to understand the becoming animal of Deleuze as an allegorical representation for the hybrids we are. The works presented encourage coalitions through affinity and emphasize moments and decisions that this affinity is made possible. It is the animal pack we choose, our dancing bodies, our questioning of nature and science, the monsters we want to be, the molecules we are.

Ultimately, Be Water Again focuses on assemblages, flows and tensions that produce a new social field, breaking the flow of one in relation to another. Entering into “perverse” alliances and creating new forms of connections with tech-others, the exhibition brings to the fore the politics of desire and pleasure of in-between identities, identifications and disidentifications. Distancing itself from the human, it detaches from the heteronormative and patriarchal hierarchies. It takes a closer look at the animals, the plants, the (desiring) machines and the microcosm, and tries to imagine a shift from an anthropocentric way of thinking to one that is tracing of associations with actors/actants that are considered non-human.