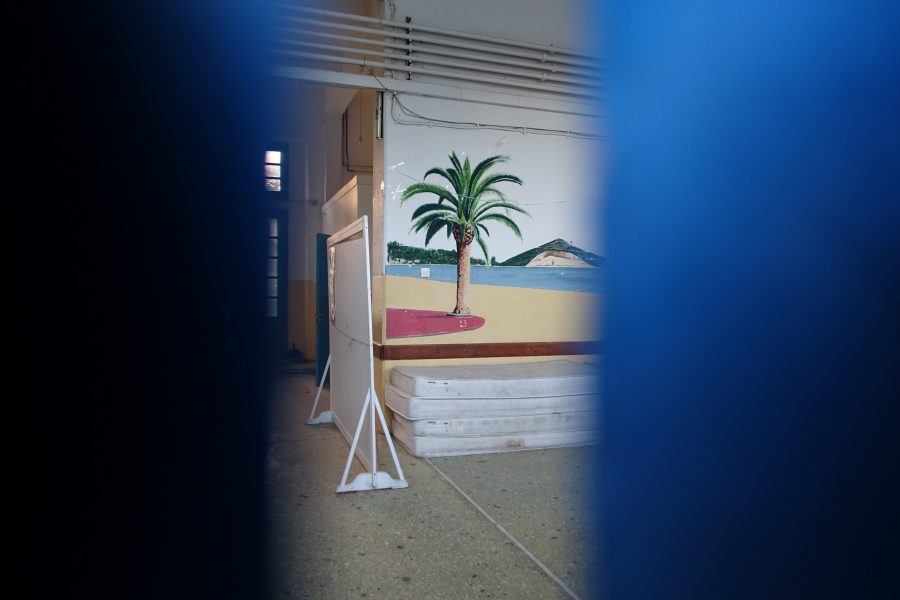 In 2023 One Minute Space (OMS)  will focus on the temporal turn in art which approaches questions of global contemporaneity and chronopolitics.

Paky Vlassopoulou presents a new body of work taking as a starting point her research on Leros island, located in the east of the Aegean Sea and only an hour off the coast of Turkey, and its histories of multi-layered confinement.

Leros has a long history of incarceration rooted in its exemplary landscape defined by water and unique architectural heritage.

In the area of Lepida, military barracks built during the Italian occupation (1912-1943), have been reused ever since as indoctrination institutions in post-Greek Civil War era (1948-1964), prison cells for political dissidents during the military junta (1967-1974), mental healthcare facilities (1958-today), and refugee camps, known as hotspots (2016-today).

Last year, right above the existing infrastructures, on top of the hill, a new controlled refugee camp, with barbed wire fencing, surveillance cameras, x-ray scanners and magnetic doors and gates, was built.

Thinking of the common living conditions of all these very different cases of unwanted bodies, Vlassopoulou is drawn to the plate as an object widely recognized as a symbol of sustenance and as a domestic object linked to material culture. She creates multiple porcelain plates to carry words, lines, scratches. Each plate acts like a journal entry documenting numbers of confinement. In the exhibition space, the plates build up a storyline through drawings, notes and quotations.