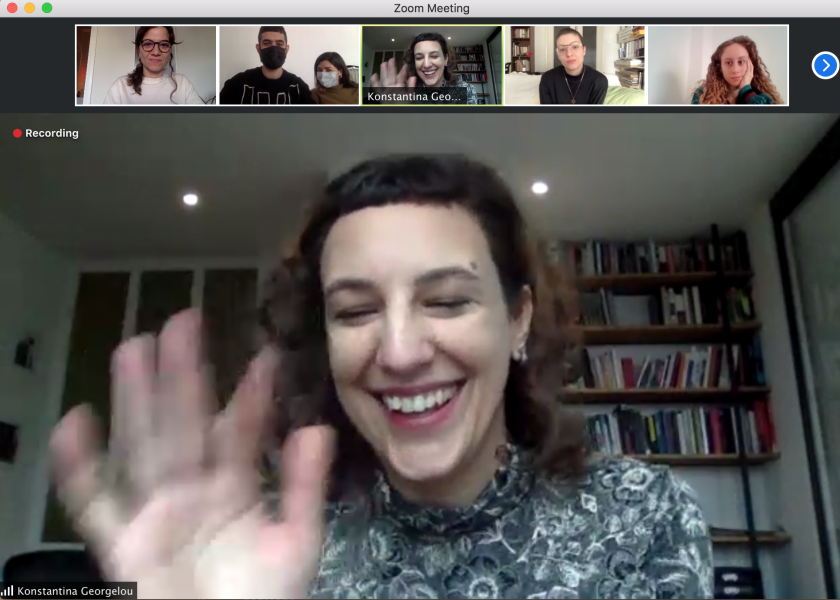 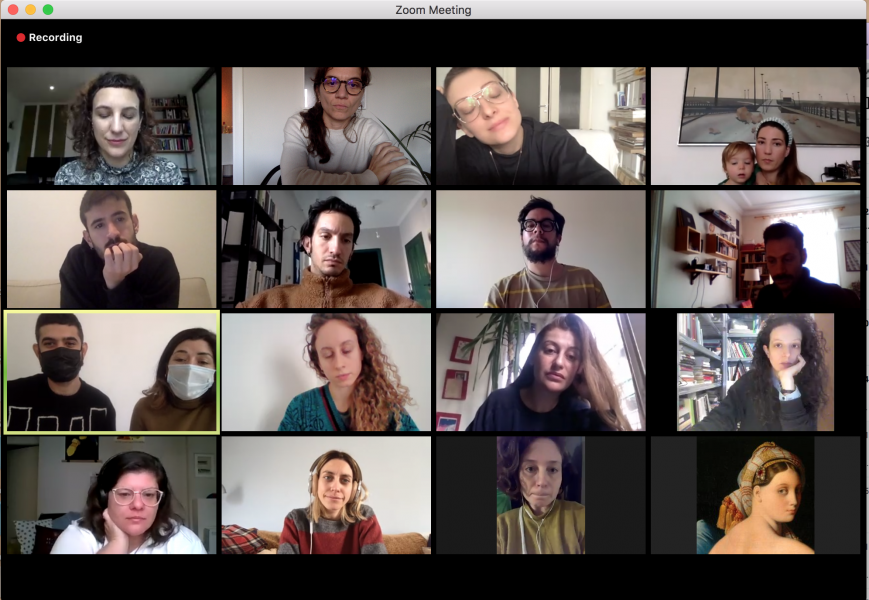 Konstnatina Georgelou, performing arts theorist, dramaturg and researcher, and  also a member of our Dance Selection Committee this year held an zoom talk and spoke about her interest in exploring discursive, artistic and activist practices as articulations of the political and how “practices of undoing“ can become means of creating space to formulate and express the collective.

Konstantina Georgelou is an Amsterdam-based performing arts theorist, dramaturg and researcher. Her research is on the practice and theory of dramaturgical activity, especially regarded from a political perspective, which is part of her ongoing inquiry on embodied practices of resistance and forms of dis/order as these are thought and expressed within dance, performance and artistic activism.She works in the MA programmes of choreography and theatre at DAS Graduate School (Amsterdam University of the Arts) and she is a senior lecturer in the Department of Media and Culture at Utrecht University, teaching courses on dramaturgy, spectatorship, artistic interventions in the public space and on performance theory. In 2011 she received her PhD from Utrecht University, with a thesis entitled Performless: The operation of l’informe in post-dramatic theatre. Together with Danae Theodoridou and Efrosini Protopapa, she edited and authoredThe Practice of Dramaturgy: Working on Actions in Performance(Valiz, 2017). Her publications have appeared in journals and books internationally, and she collaborates with dance and performance artists, such as Zhana Ivanova, Efrosini Protopapa, Billy Mullaney, Danae Theodoridou, Janez Janša. Konstantina also has an ongoing engagement with modes of production in theory and in the arts, which has been taking different formats in primarily collaborative projects.