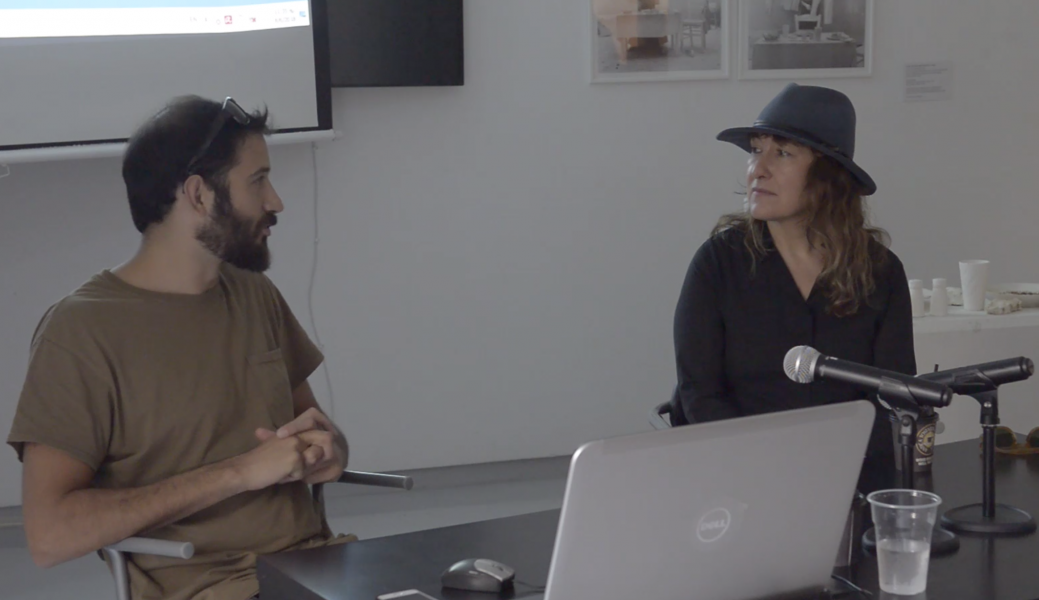 On 08.06.2018, a Masterclass was held by the director and producer Athina Rachel Tsangari at the Contemporary Greek Art Institute iset.

Athena Rachel Tsangari presented her work to ARTWORKS Fellows and extensively discussed with them about Greek Cinema and its production conditions. The discussion was co-ordinated by ARTWORKS Fellow, Georgis Grigorakis.

Athina Rachel Tsangari (1966) is a director, film producer and writer. She co-founded the production company Haos Film. Her first film was The Slow Business of Going (2000). Her next feature films were Attenberg (2010) and Chevalier (2015). Among other distinctions, Tsangari has been honored with two awards at the Venice Film Festival, as well as the Jury Prize at the Thessaloniki Film Festival for her film Attenberg.