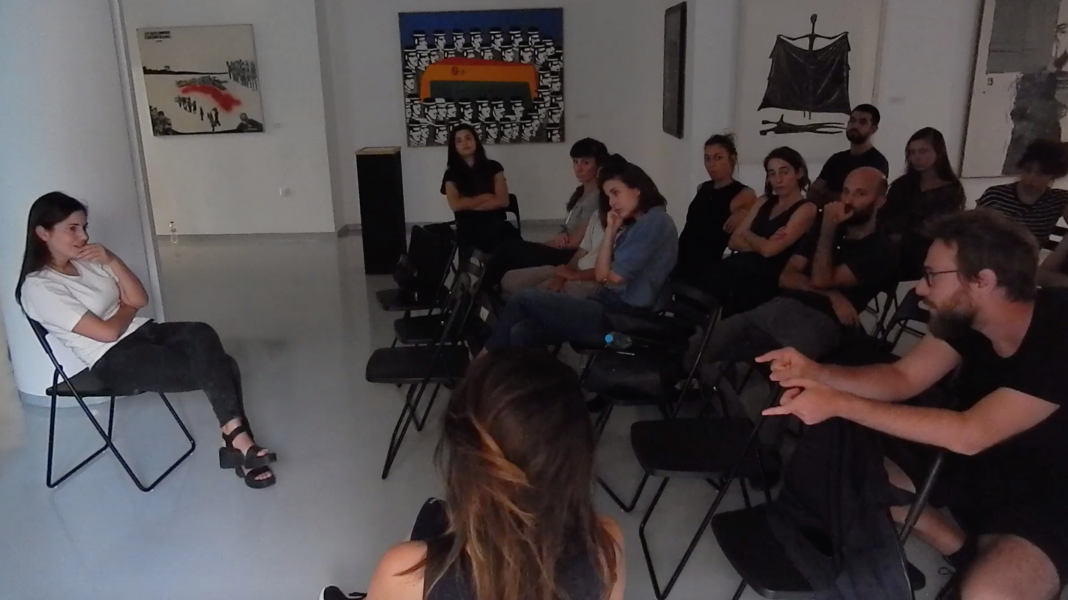 Loukia Alavanou talks about her work at the Contemporary Greek Art Institute.

Loukia Alavanou presented her work for the ARTWORKS fellows at the Contemporary Greek Art Institute iset. On the occasion of her latest project New Horizons, in which she used stereoscopic virtual reality shots (VR360), she discussed the reception for VR technology in the visual arts and the cinema. She also talked about the new possibilities as well as the creative shifts that technological developments can cause in the field of art.

Loukia Alavanou (b.1979,Athens) is a visual artist and filmmaker who currently lives and works between Brussels and Athens. She completed a MA in photography at the Royal College of Art in London in 2005 under the supervision of British collagist John Stezaker, with a scholarship by the Onassis Foundation. In 2007 Alavanou won the DESTE prize and in 2008 she was for the Paul Hamlyn Award for visual artists. She has exhibited her work internationally. Her solo exhibitions include: Rabbit Catcher, Ulap / Upload Art Project -Trento (2012), Episodio 3, Kanelopoulos Cultural Center – Eleusis (2011), Next Door to Alice, Rodeo – Turkey (2010), Chop Chop, upstairs Βerlin gallery – Berlin (2007), Loukia Alavanou, Haas & Fischer Gallery – Zurich (2007), Cactus, The Breeder – Athens (2004). She has participated in numerous group exhibitions and worked with international institutions, with the most recent ones including: Paratoxic Paradoxes, The Benaki Museum – Athens (2017), Deste 2017, An anniversary Exhibition, The Museum of Cycladic Art – Athens (2017), The Equilibrists, The Benaki Museum, Athens in collaboration with the New Museum, NY (2016), ikob-Award, The ikob Museum of Contemporary Art – Eupen (2015), And no matter what the phone rings, Moscow Biennale (2015), No country for young men, Palais de Bozar – Brussels (2014), Reverb: New Art from Greece, SMFA – Boston (2014), Hell as Pavillion, Palais de Tokyo – Paris (2013).