A DAY IN THE LEIGH FERMOR HOUSE BY TEN ARTISTS 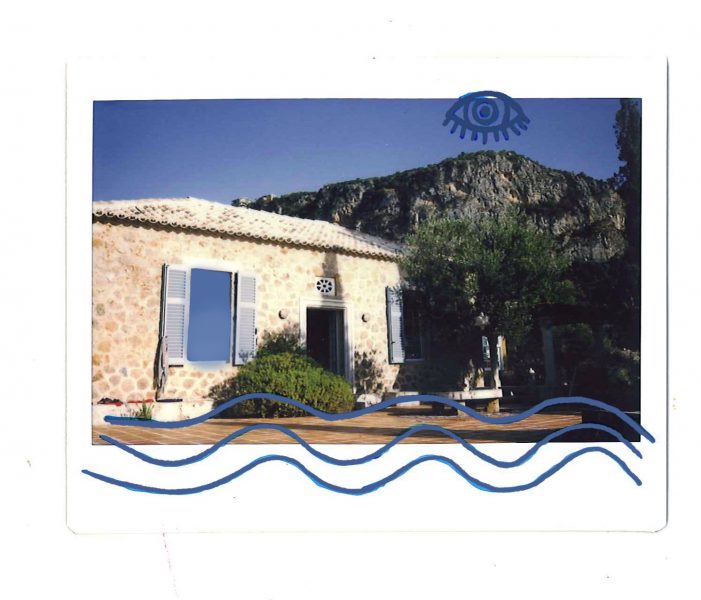 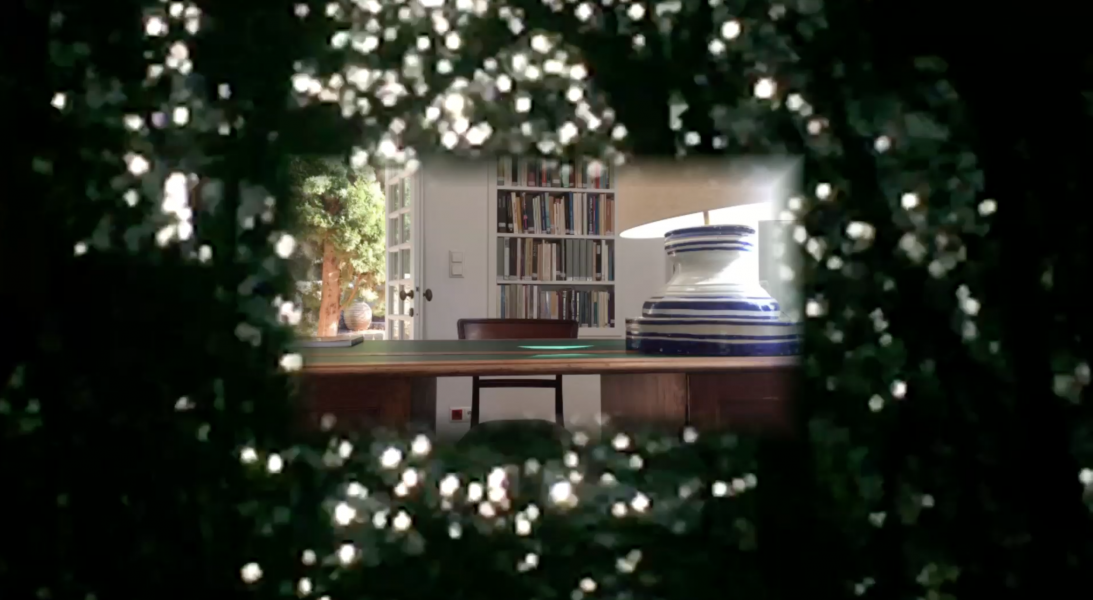 3. Niki Goulema, Sketch in a notebook 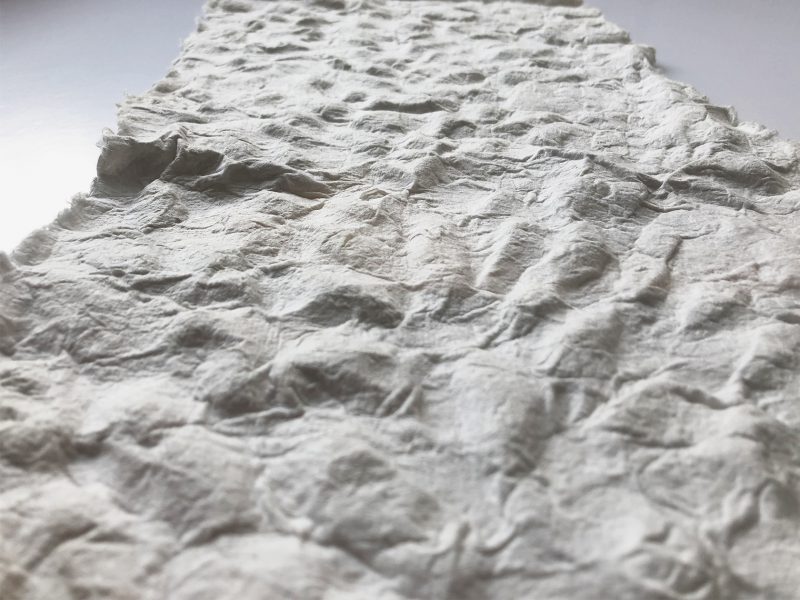 4. Katerina Kotsala, Walk on Me 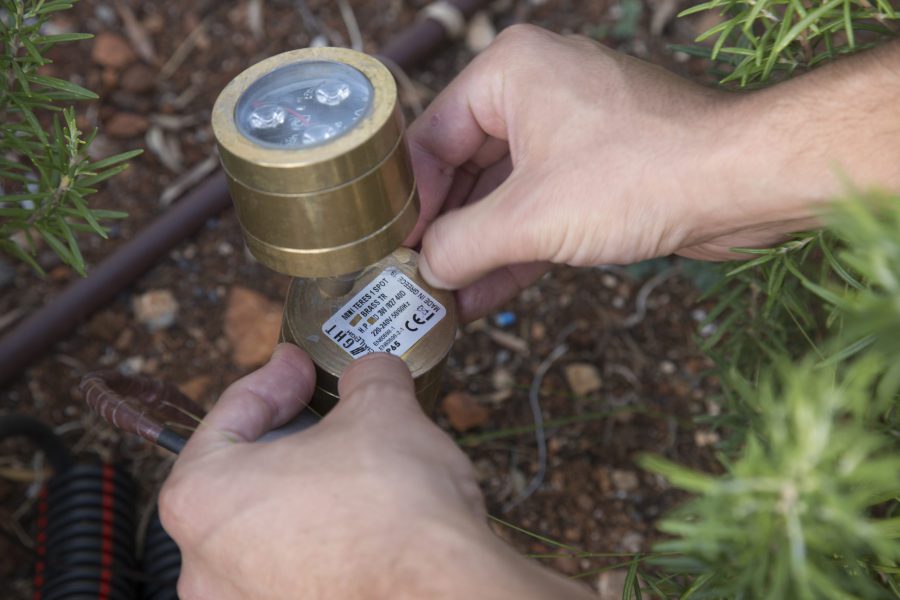 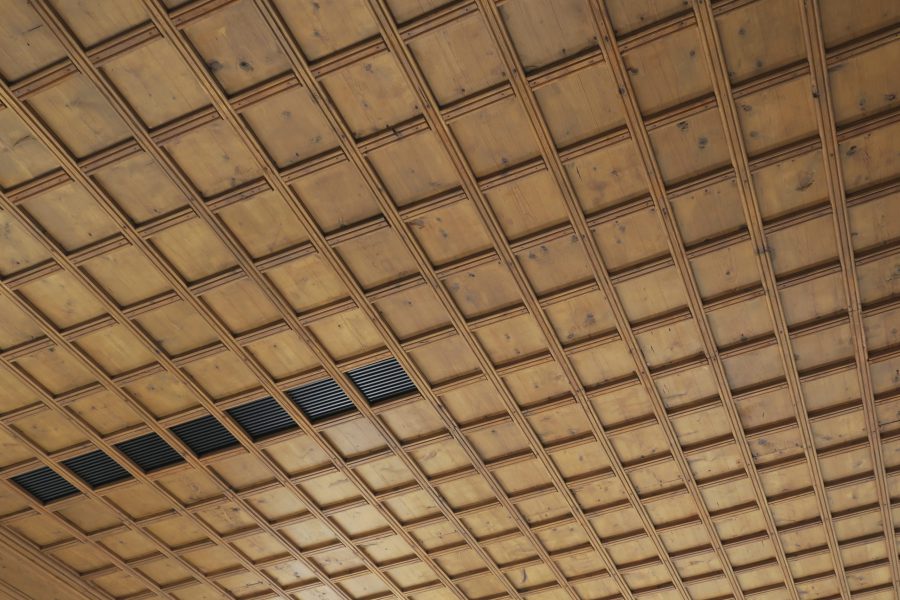 6. Kosmas Nikolaou, Drowning in the Details 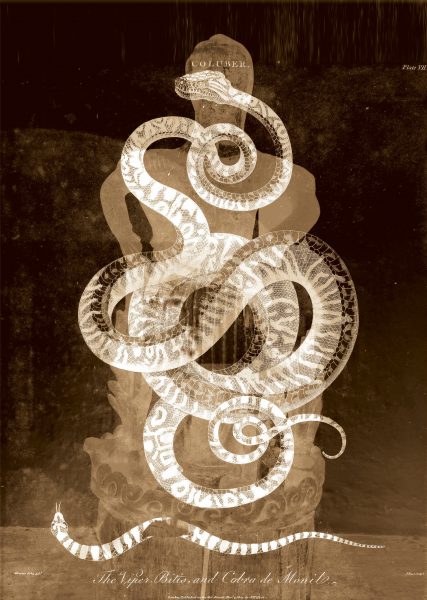 7. Stefania Strouza, The Dark Ones 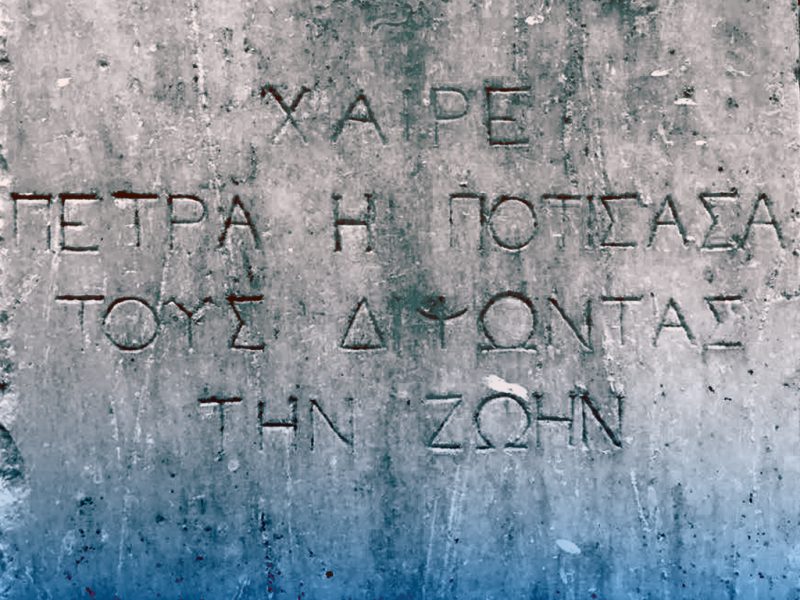 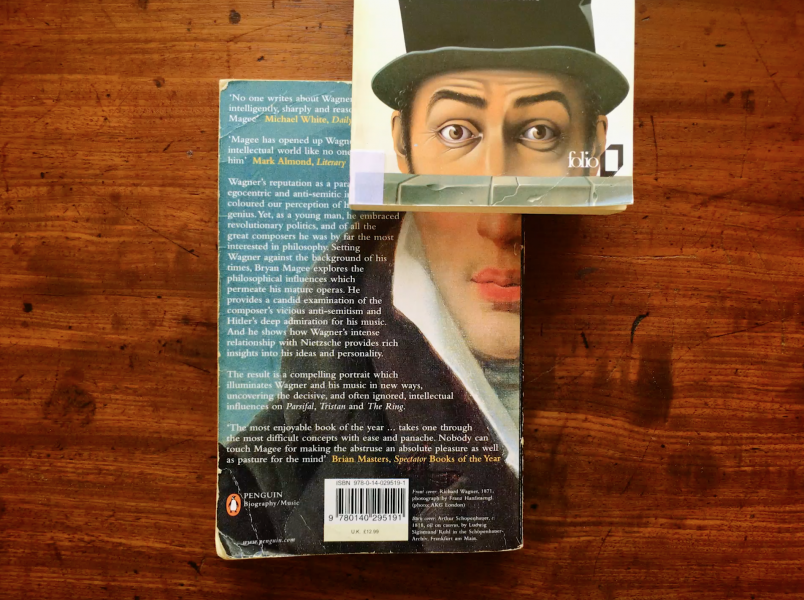 On the occasion of the recent renovation of the Patrick and Joan Leigh Fermor House in Kardamyli, the Stavros Niarchos Foundation (SNF) in collaboration with the Benaki Museum invited 10 of our Fellows to visit and reflect on the site. Here are their impressions  through personal notes, photographs, drawings and videos.

*Patrick and Joan Leigh Fermor bequeathed their home to the Benaki Museum in 1996. Its renovation was recently completed through the significant grant of the Stavros Niarchos Foundation.

A series of painted-over Polaroids taken during

our visit and processed later.

What is the distance between narrative and fact?

Each one holds a disposable cup to his ear.

The line has to be stretched in order for them to hear each other, but here and there

it is tangled up in prickly pears, masts, civil wars, shells, goats’ horns, olive groves, the backs of dolphins and ancient temples or cages of the gods, as they are also called.

Their speech is broken up by white noise, cicada songs, heartbeats, hookah bubbles and summer thunder.

The improvised phone becomes our memory, along with all that we now despise, having surrendered to the universal dream.

A soldier’s boot in a whale’s stomach, the sweat of a woman dressed in black at the salt lakes, a Byzantine coat of arms and the reflection of the sun on the whitewash is what stayed in my eyes.

There wasn’t time for me to swim around Merope like you did every day. The truth is I don’t even know if I can do it, but hopefully in the future I will at least try.

In 1933 Patrick Leigh Fermor began his first journey to Constantinople. A few items of clothing and a volume of Horace’s Odes accompanied him on his wanderings.

Kardamyli was chosen as the place he returned to, the retreat where recollections of travel, intense experiences, and inner journeys would be shared in his literary universe.

The landscape and objects in the house become the subject of sketches in a notebook.

“Except where their cutting edges were blurred by landslides, the mountains looked as harsh as steel. It was a dead, planetary place, a habitat for dragons. All was motionless.”

-cotton paper, the imprint of a pebbled floor, 55x25cm

Himself a walker, Patrick Leigh Fermor built a pebble path in his backyard.

Walk on Me reproduces the pebble floor in the yard of the Fermor house; it is the imprint of the pebble surface on cotton paper. Watercolors refer to a color study of the pebbles used on the floor and evoke the distinctive sunset of Mani in Messinia.

Drowning in the Details

Ten images that act as quick notes lead one’s gaze around the house, to points that we wouldn’t usually notice on our first visit. Ten images lead us to look at the house’s modern technical infrastructure. Quick clicks in space, a quick rotation, cracks, sockets, and air ducts. Small details betray the discreet renovation, noisily attesting to the new function of the house and, ultimately, its new owners.

The Dark Ones
2019, digital collage

The photo collages are based on snake patterns that appear as engravings in different parts of the house and are juxtaposed with the belongings of its owners. The symbolically charged combinations hint at an introverted universe closer to the unconscious. They seem to be referring to Patrick Leigh Fermor’s mystical aspects as they ‘traverse’ an increasingly complex and ambivalent post-war world.

First impressions of structural surfaces and details of the Fermor house, color-treated in the style of a quick sketch or note. The original stimulus that activates one’s curiosity to delve into an intensely adventurous world.

The sea as a bridge that unites and doesn’t divide:

an author’s many travels, presented in summary through the covers of books that kept him company.